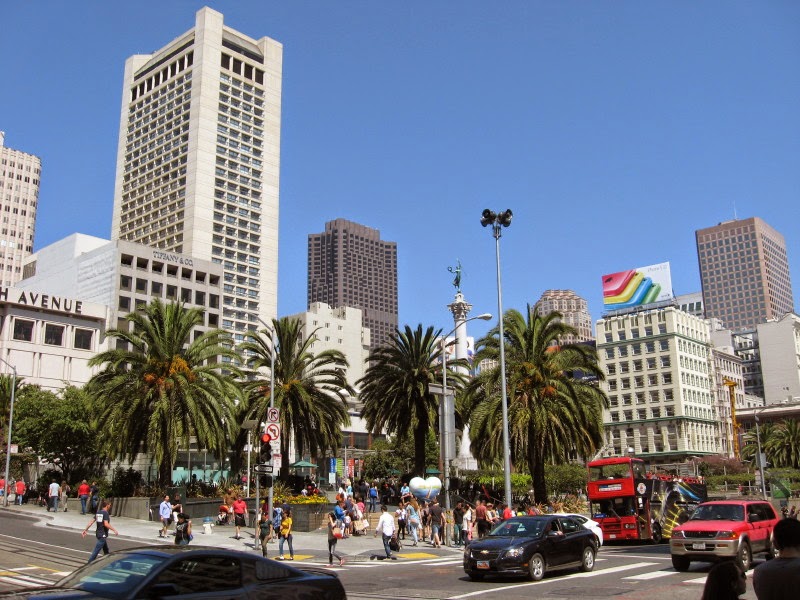 I recently spent a month on vacation.  Among other things I attended a wedding in San Francisco.  While there I stayed in the Saint Francis Hotel on Union Square in one of the less fancy rooms.  The hotel has some historical memorabilia in the lobby.  I was bit surprised to see the Fatty Arbuckle affair mentioned.  (Fatty Arbuckle was accused of assaulting (and fatally injuring) Virginia Rappe during a 1921 party at the hotel.  He was tried three times and eventually found not guilty after two hung juries.)  This seems like the sort of thing a pretentious hotel might prefer to ignore but I guess they think it's just history at this point.  The hotel is also where Sara Jane Moore attempted to assassinate President Gerald Ford in 1975 as he was leaving.

The photo shows Union Square.  The hotel is on the corner out of the frame to the left.
Posted by James B. Shearer at 7:47 PM No comments: